Most common risks in social media

Nowadays, it is common knowledge that social media integrates our daily interests and activities. However, do we share the habits and behaviours regarding social media usage? To understand the relevance of social media in our society, it is important that we stay on top of the latest social media statistics. Next, we present the 10 most relevant statistics for social media:

10 MOST RELEVANT STATISTICS FOR SOCIAL MEDIA 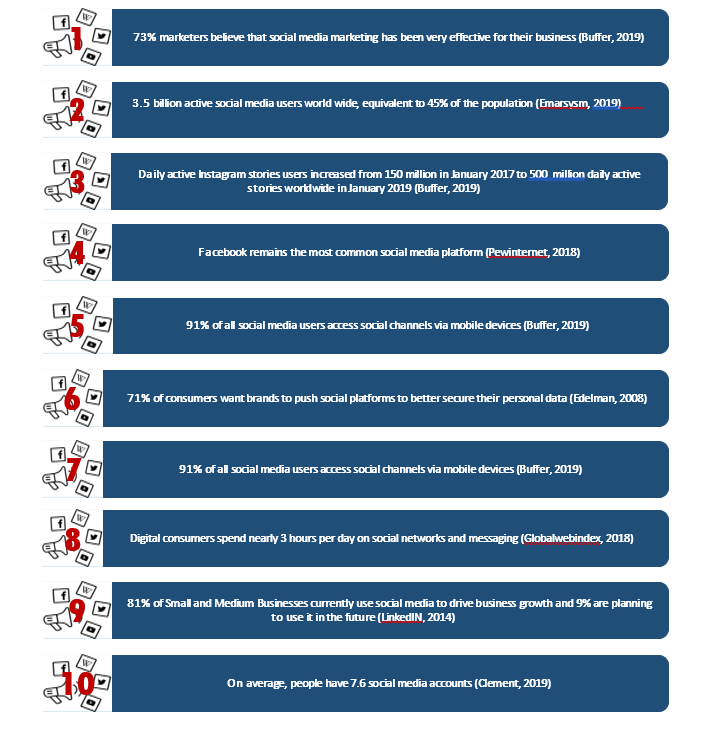 With this kind of statistics, it’s no wonder that social media networks are becoming one of the famous platforms to gather users’ data, either perpetuated by network itself in a legal manner, or by hackers with malicious intent.

The most preeminent risk of social media is malware that can compromise all of your data. There are different kinds of malware with different purposes, as you can see below:

As you can notice, all of this malware uses the same strategic to lure the user, namely, phishing scams or attacks. Phishing attacks use malicious sources to collect personal and financial information or infect user’s machine with malware.

The first step of a phishing attach is always the same: In your social media feed or in your instant message application appears a link, photo, video, an article, or an advertisement. This could appear to be from anybody – a news source, a celebrity, a business, the social network itself or even a trusted contact. Most of the time those sources are impersonators of real accounts or users whose social media account has been compromised or their identity has been stolen.

Social media phishing plays on your basic human emotions and needs, such as trust, safety, grieving, fear of losing money, getting something for nothing, eagerness to find a bargain or desire to find love or popularity/status. They also generally state or imply the need for your urgent action to either avoid an issue or take advantage of an offer.

The second step of a phishing attack is to redirect the user to a website that requests confidential details or causes your computer or mobile device to be infected with malware. This malware can be installed automatically or after requesting the download of a program, browser extension or application.

Alternatively, the post, tweet or message may instruct you to make a phone call to a specified number. This can either result in confidential details being requested, or an exorbitant charges being added to your phone bill.